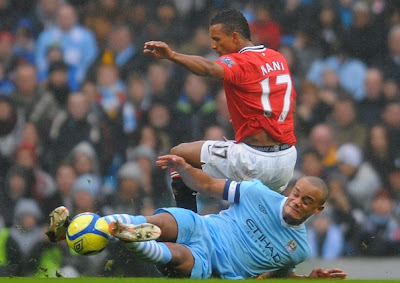 Clearly losing a game of football is never an enjoyable experience, and as time passes it is a feeling that we are experiencing less and less of, especially at home.  When it does come though, it is a hollow feeling, and for me personally it takes me back, right back to the dark years of constant relegation when losing was such a regular occurrence.  The FA Cup Derby though was different, there was no hollow feeling yesterday as I walked away from Eastlands through the wind and rain, instead I felt buoyant and almost happy, I certainly was not tempted to dive straight under the bed covers when I got home and not come out until Monday morning which is my usual reaction to losing to United.  The interesting thing however, is that I think many of us felt the same yesterday, sure we had lost, and the red lot progressed, but in some ways we were winners and there was a massive amount to be proud of.


There is clearly a danger of slipping into the mindset of dishing out 'ifs and buts' and so I am instead going to deal with the facts, I am not going to get into discussing whether Kompany deserved to be sent off or not, because frankly that argument could and probably will go on for days yet.  Before Vinnie was dismissed we managed to dominate the game, and even after Wayne Rooney scored what we must acknowledge as being an excellent goal I genuinely believed we would run out victorious. 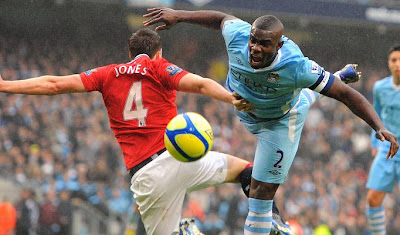 After the red card things changed, we lost our shape and I don't think Mancini played the situation quite right, he should instantly have made the changes that he made at half time, with some excellent football United gave themselves a commending lead.  I suppose the highlight of the first half after the initial 10 minutes was a superb strike by Aguero that was somehow kept out by Lindegaard.


At half time and 3-0 down the atmosphere was clearly one of depression and misery, it had gone beyond anger, and there seemed a genuine air of disbelief, at that moment our season could have gone either way.  Discussions up and down the concourses featured lines such as 'this could be 6 or 7' or 'now it's just a case of damage limitation'.  Roberto Mancini and the players in the dressing room had a different idea, and the second 45minutes of football made me so proud to be blue, when Kolarov drove home his sublime free kick there was a flickering dream, and when Aguero made it two, 46000 believed.  We came so close to forcing a replay at the end, another Kolarov free kick well saved, a possible penalty shout, and that Richards over head kick that would have blown the roof off Eastlands. 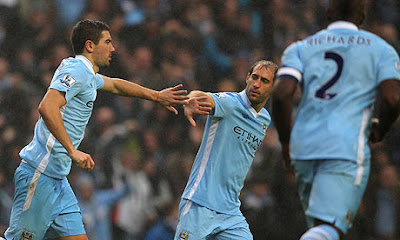 The second period was a demonstration to everyone that City are a team, what was once a collection of talented individuals has been turned into a unit that will all fight for one another,  they battled and they put everything on the line.  At the fore front of this was James Milner and Sergio Aguero who showed the passion of someone who is totally sold on the 'project' and a player that understood what this great football club is about.  The fight lifted the supporters too, who created a din that I have not heard at Eastlands for a long time, possibly surpassing that night against Hamburg.


OK, so what about the result, we lost, but the manner of the defeat was fantastic to behold, our great rivals shipped six goals and were humiliated after playing 30 mins with 10 men, we played 80 mins with 10 and came incredible close to stealing what would have been a miraculous replay.  I think the players sum it up perfectly, many of you will already have read the comments that filled twitter after the game, but I feel they sum up feelings, and they give me the reason for writing this post: 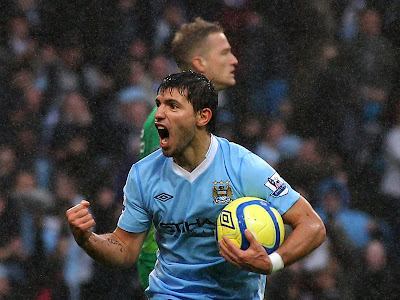 Sergio Aguero: "Despite losing, I believe we leave the field strengthened. We almost equalised against all odds. With this attitude, anything is possible" and " I want to thank the fans of MCFC who inspired us today. If we stand together, both fans and players, we can achieve important feats."
Vincent Kompany: "The fans, the players and every single person involved with Man City FC were incredible today. Definitely the moral winners of this game".
Micah Richards: "We lost today but in our heads we won! Out team spirit is inspirational! The fans kept us going for 90 mins! Thank u. Ctid"
Pablo Zabaleta: "Hello everyone! Disappointed for the result today but very proud for the team,we showed fighting spirit.Thanks to the fans for your support!"
Nigel De Jong: "We might lost the game, but we won more respect among each other, for working that extra yard. Thanks 2 our fans for their support. Heads up"
Samir Nasri: "Thank you so much to the MCFC fans today you were amazing"
Adam Johnson: "Great effort today!! so unlucky.. fans and everyone involved were excellent!"
Joan Angel Roman: "With 10 men and 3-0 down..we should be proud of this team! Its a shame we didnt win but always looking ahead! C'mon City!!!"
Alex Nimely: "Proud to be part of MCFC"
Reece Wabara: "Damn.. Great attempted comeback from the boys though with 10 men aswell.."
Devante Cole: "I can handle that loss very good performance from us in the end :)" 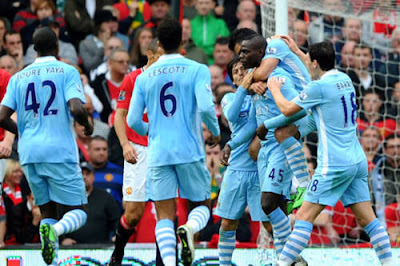 Finally this is a text I received from a friend after the game, sums up my feelings perfectly:


"Today we showed a character, determination & sense of purpose which has hitherto been alien to our great football club. It is those ingredients that will serve us exceptionally well as we strive to lift the Premiership & now, more than ever before I believe we will achieve that goal. God help Liverpool on Wednesday-our Boy's will come out fighting. In the face of adversity our response was simply magnificent-a team reacting in the idiom of there Manager. A mild setback but oh how we have so much to look forward to-and oh how woeful United were in exploiting a remarkable opportunity. Privately, it is they who will know that they are simply not good enough. THIS IS OUR TIME"
Posted by Joe T at 08:28