Everything You Wanted To Know About Eden Hazard But Were Afraid To Ask! 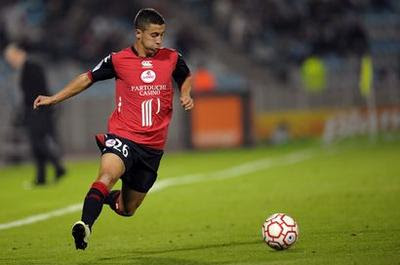 A lot of names get thrown about every year, there are some players that just live on the back pages, permanently linked with that 'big' move.  For the last few years Eden Hazard has been one of those people, and over that time pretty much every football fan has stated how much they admire him, and made claims about how much he would be of benefit to their particular team.


Not to question the knowledge of other fans, but it does lead me to wonder how many people watch Ligue 1, because to have the knowledge of the player that people claim to have, they must watch Lille an awful lot!  I will hold my hands up and admit that 12 months ago, I was one of those people, I wanted Hazard at City, but I wasn't entirely sure why.  The hysteria around him had got so high, everyone wanted their club to sign him, but if you asked said fan whether he was right or left footed, they would in many cases be unable to answer you.  For that reason, I am going to spread the word, and make it clear just who Eden Hazard actually is, and why he'd be a great addition to the City squad. 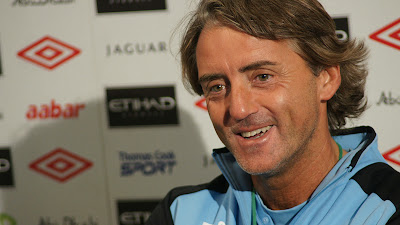 We have all read the following admiring quotes from Mancini in recent days:

"I like Hazard a lot. He's a good player, he's young and he would do great things in our team...Given his technical qualities, City would be the perfect destination for him. I know him and have been following him for a long time. He's a player a lot of teams want.".

So what is it about the player that would make us such a 'perfect destination'?  To be quite honest from what I have seen and read the kid has it all.  Capable of playing on either wing, he has that prized asset of being pretty two footed, he may naturally use his right, but he is equally adapt on his left, he is also comfortable playing centrally behind the forward line.  He creates chances no matter where he is playing on the pitch, and he is also not shy of scoring himself, notching up 16 league goals (and 13 assists) this season in 33 appearances, not a bad return for an attacking midfield player. 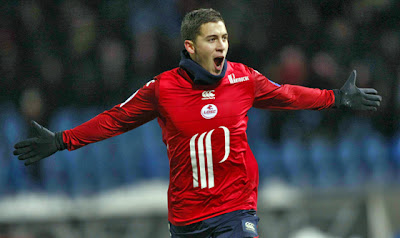 The Belgian certainly doesn't lack self confidence, some may deem him cocky, but others, and more importantly those that have worked with him believe it is more positive than that, he believes in his own ability and at 21 that is crucial.  The midfielder was fast tracked from the Lille academy into the first team squad at just 16 and became the youngest ever professional player in France.  Hazard is lauded for many parts of his game, he is searingly quick with and without the ball, and with supreme dribbling ability he can create something out of nothing in a flash.  His technical ability is hugely impressive as well, he has a fine range of passing and an excellent strike.  He has been likened to some of the very top players in the global game, similarities between Messi and Cristiano Ronaldo are not wide of the mark, the scary thing is that he is probably ahead of where they were at his age.


All is not so positive however, there are a few drawbacks.  A very important consideration is that whilst he has been dubbed a 'defenders nightmare' and has appeared unplayable at times, this is in a league which does not reach the standards of the English top flight.  There have also been negative suggestions regarded his self confidence, his former manage at Lille Claude Puel, gave some warnings when speaking to BBC Sport: 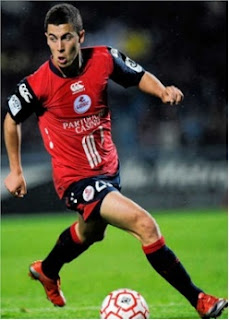 "Eden's strength is that he never doubts himself...He has so much self-confidence. That enabled him to reach a high level very quickly, but now it's holding him back because he's not pushing himself enough....He has everything he needs to become truly a great player, but he has to understand talent alone isn't enough. You have to work as well and he'll only make the next step if he moves to a more competitive environment.".

This attitude is mirrored by former Arsenal great Emmanuel Petit:

"I always feel short-changed with Hazard...Hazard is a diamond but he needs to be polished by the right jeweller.".

National manager Georges Leekens has also questioned Hazard and suggested that he has a lot more work ahead of him if he wants to be one of the games greats, but, the facts is that noone denies the potential that he possesses.  There is the chance he could go the same way as many of these kids who are told they are world beaters only to stutter, but if that can be overcome he clearly has the potential.

Why though would City be such a good fit?  Well we know that Mancini has a knack of getting the best out of certain players, the improvement of Joleon Lescott, Micah Richards and Gareth Barry confirm that his coaching techniques are of a good standard, so I am confident that he could get the player on the right track and keep him there. 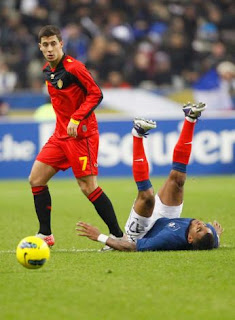 Tactically it is somewhat of a no brainer, we have very little natural width in our squad, Adam Johnson, maligned by many, is in my mind not as bad as many make out but whether he has the ability to ever be a top player I am unsure, Hazard definitely has that though.  Yes, he has a penchant for cutting inside something that makes us tremendously narrow at times but with his 2 footed ability he would always keep defenders guessing as to which way he was going to go.  Perhaps his biggest asset to us as a club though is his pace.  Other than our fullbacks we are not an overly pacey side and that is something that the Belgian would definitely provide, he would commit defenders, and beat defenders, and his playmaking ability could be a joy to watch alongside the likes of Silva, Aguero and Nasri.

Competition for his signature is obviously strong, he has been linked with Arsenal for years, but whether they could compete financially seems unlikely, United are very interested in his signature, as are Spurs and Chelsea.  Clearly we could offer the best deal, but with Real Madrid sniffing around we could face stiff competition there.  In fact it could be the Spanish giants that offer our biggest competition with the clubs sporting director, Zinedine Zidane, saying that he would sign the player 'with his eyes closed'.

Hopefully that has offered a little insight into the much talked about youngster, I think it is crucial to take the positive of the player, there are clearly drawbacks, but the kid is 21 and has the world at his feet, it would be strange if he wasn't a little bit overly self confident.  I personally can see him at City, and the player dubbed 'the right footed Messi' by ex-Marseille coach Rolland Courbis would light up Eastlands and the Premier League in my opinion, a truly mouth watering prospect.