Rumour Mill: Round Up Of Friday's Press Rubb....Stories 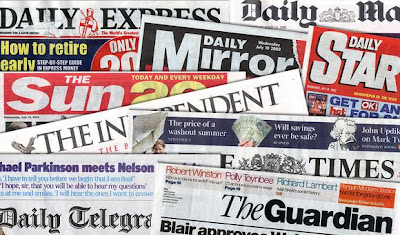 A fair few bits and bobs in the papers today, some of which are worth the time of day, some of which aren't even worth being wrapped around your sausage and chips.  Picking the wheat from the chaff isn't overly difficult in a few of these cases, but lets get on with it.


First up is the ongoing Nigel De Jong saga, Italian sporting website Tuttomercatoweb have tested my language skills (google translator) this morning and are reporting that Liverpool are keen to move for the Dutch destroyer.  In recent months the midfielder has started to get back to where he was last season, but he is still not one of the first names on the teamsheet as he has been in times gone by.  He still offers plenty, but whether he is content to remain a squad player is unclear, and on top of that the issues with his contract still persist.  De Jong has one year remaining on his current deal, an offer was on the table last Summer that was turned down, and it appears that an improved one is not forthcoming.  The Italian sports site reckons that King Kenny (or whoever makes the transfer decisions since the departure of Comolli)  would be prepared to offer around £15million, which to be honest would not be a bad deal considering he could theoretically leave for nothing next Summer. 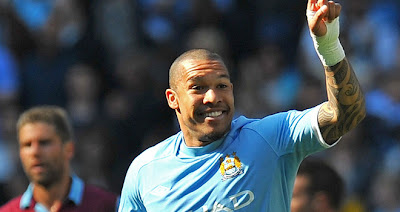 Personally I would like to see him stay, he is a real fan favourite and has shown total commitment to the cause even during his contract troubles, I am sure a middle ground could be found to tie him down.  As for the Liverpool side of things, whilst De Jong is a top player in that position, it is one area that they already have quality, although he has been out all year Lucas does a very similar job and is an extremely good player so whether anything comes of their supposed interest remains to be seen. 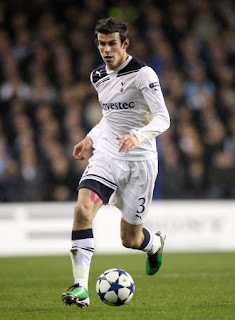 De Jong is actually an important part of the next story as well, although this time he isn't the star! Step forward chimp like Tottenham flying machine Gareth Bale.  This one is splashed across the back page of The Mirror and surely that should tell you all you need to know about its credibility.  As I write this piece, the following quotes are spreading like wildfire on twitter:

"Gareth Bale is a fantastic player. But I don't think he will leave a big team like Tottenham,".

Make of that what you will, is Roberto trying to out 'Redknapp' Harry? The fact is that Gareth Bale probably will leave Spurs (one of many) should they miss out on Champions League football, and I would certainly have him at City....but not for the figures suggested in todays Mirror.  The paper reckon we are going to offer the ridiculous figure of £40million....plus Emmanuel Adebayor.....and Adam Johnson.....oh and Nigel De Jong as well.  To be quite honest if we did make that offer, Spurs would be absolute fools to not take it, but to offer that sum of money and then potentially 3 players worth about another 40? No chance! 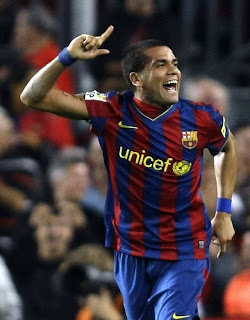 Now to throw in a quick one before the main event!  Back to our Italian friends Tuttomercatoweb, and the future of Brazilian 'fullback' Dani Alves.  To keep to the point, he won't be joining City this Summer or any time soon.  He has been linked to us numerous times over the past few years, particularly during his protracted contract negotiations with Barcelona, but it is now reported that he wishes to stay in the Catalan capital for a while longer.


I can't see I am overly disappointed personally, we already have one fullback who struggles with the defensive side of his game (Kolarov) and I am not quite sure we need another, besides, with the marauding Micah Richards and the warrior-like Pablo Zabaleta I really don't see that area of the field as one that needs strengthening in the slightest.


Now for the big one...Eden Hazard!  It has been a very eventful few days for the Belgian, and there could now be the biggest indication as to where his future lies, well, at least geographically.  According to the rumour mongering French newspaper L'Equipe the wingers next move will definitely be to England, counting out the likes of Real Madrid and Barcelona, and more precisely, it will be to Manchester...which club though is still unknown.


Allegedly he was at the derby on Monday and more intriguingly there are claims that his people were entertained by the City delegation at the recent Wolves game.  These 2 events have led some in the media to suggest that we are in pole position for his signature, but I doubt it will be as straight forward as that as the United hierarchy are though to be extremely keen on securing him themselves.  Mancini and Vieira have flown to France on a couple of occasions to watch the 21 year old and both are said to have been extremely impressed. 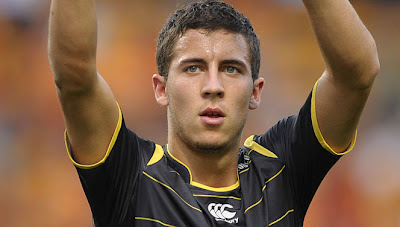 The decision for the player is relatively simple, he knows should he join City he will be part of a squad, but he will also earn more money and arguably be challenging for more honours, where as at United he is guaranteed to be a starter week in and week out.  The other advantage that we posses is the posse of French speakers we have, as well as the presence of his national captain Vincent Kompany.  Personally I expect the Hazard saga to run and run, but I would be very surprised if he ended up anywhere but Manchester, and if I had to pick, i'd say I can see him holding up the blue shirt in the near future.
Posted by Joe T at 04:46