Who Is Stefan Savic and What Could His Signing Mean? 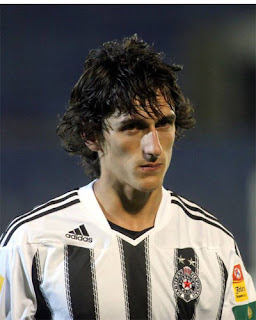 It seems that transfer activity will finally begin this week at Eastlands with the possible signings of both Gael Clichy and young defender Stefan Savic.  We know all about the former but who is Stefan Savic and what sort of player are we signing?

Talking to the media in Italy today his signing was more or less confirmed by Roberto Mancini, the 20 year has been courted by many teams across Europe and is lauded as one of the rising stars of European football.  This appears to be further evidence of the club looking to the future and attempting to sign future stars securing the teams well being for years to come.

The central defender was born in Montenegro and began his career playing for BSK Borca in Serbia, he spent two seasons with the club before he moved onto bigger things and signed for Partizan last Summer.  It was during that season that he began to demonstrate his immense potential and clubs around Europe began to notice. 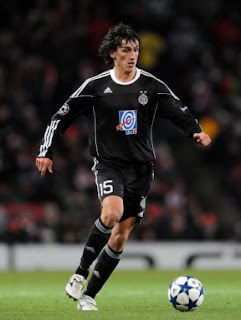 At 6'1 the defender is a commanding presence in the air and he has good strength that will help him adapt to English football relatively quickly, his pace has also been praised and he is surprisingly pacey for a taller defender.

Savic is expected to cost the club around £7million, a figure that seems acceptable when you consider the supposed potential that he possesses.  He has previously been on trial with Arsenal and in fact he claimed that a deal was in place that would have taken him to the Emirates, but this proposed transfer never came to fruition, it was reported at the time that Arsene Wenger was unwilling to part with the required money to secure him, where have we heard that before?

Chelsea and Tottenham have also been linked with swoops but it now appears that City have won the race.  So what does this signing mean for the rest of the squad?  I would imagine that at just 20 years of age it is unlikely that he will be a regular in the first team, and he may even spend some time playing with the reserve team initially to get used to a new country.  I would expect that we will begin the season with Lescott and Kompany at the heart of the defense with Dedyrck Boyata offering cover and with the return of Kolo Toure in September it seems unlikely that we will be in the market for any more defenders if this deal proves successful. 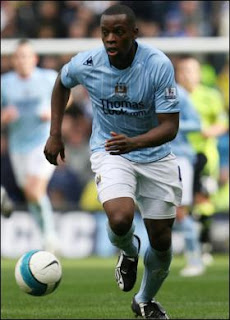 The 2 players who could really lose out are Nedum Onuoha and Jerome Boateng, although whether the latter would view a move away from Manchester as 'losing out' is clearly questionable.  Savic is comfortable playing at full back as well as centrally so with him providing cover for Richards, Zabaleta, Kolarov and potentially Clichy you can't see there being much of a future for Neds or Boateng come the start of the next season.

I hope this deal goes through in the end, I have always been keen for us to move for future talents rather than taking the Real Madrid approach to transfers.  Earlier in the Summer we were linked to a huge move for Gary Cahill a transfer that would have cost us £17million and when you consider United recently paid £16million for Phil Jones, the money we might pay for Savic could really make it a massive steal and a fantastic piece of business.  On the other hand he could be dross, but lets not worry about that for the time being....
Posted by Joe T at 11:09