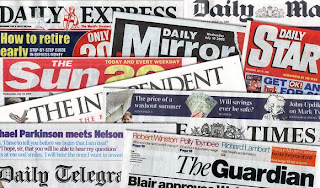 The transfer window is shut, and therefore the rumour mill has been fairly quiet of late,  today though it has lobbed something out in our direction, and no it isn't some bizarre link between us and Nani.

In the Summer our neighbours in Stretford replaced Park with Kagawa, a move that many suggested was all about shirt sales in the lucrative Asian market, claims that to be honest are beyond ridiculous due to the fact that the Japanese international is actually a high quality player who will offer United a lot when he gets upto speed with the Premier League.  Not to be outdone it appears that we are preparing to make a splash into the same market by running the rule over the Asian Young Player of the Year, Hideki Ishige.

The midfielder is currently playing for the wonderfully named Shimizu S-Pulse in the J-League.  The 18 year old is only 13 games into his professional footballing career, but he already has some serious expectations placed on his shoulders, and we all know that doesn't always pan out positively.  There are some reports in Japan suggesting that a formal bid has already been lodged from City, but these claims appear to be someway wide of the mark; it is true however that he has been offered a trial with the English champions, allowing Roberto Mancini and his staff to run the rule over the youngster. 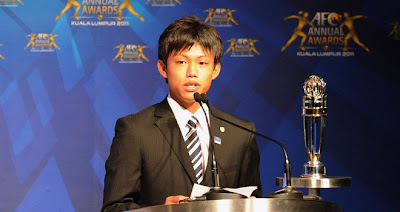 This isn't the first time we've brought a player in on trial, Israeli Nir Biton has spent a couple of spells with us including our preseason training camp this Summer, a bid was never formalised though despite a couple of impressive performances thus highlighting that Ishige will have to show some real signs of quality during this trial period should he want to secure a permanent move to the Etihad.

His current manager at S-Pulse, Afshin Ghotbi, has confirmed interest in the Japan Under 17 international.  Speaking to Japan's Kyodo News he said:

"If you want to build top-class players, you have to give them various experiences and opportunities to see first-hand what the world level is about…And what better experience for Ishige than to train with the first team of Manchester City and have Roberto Mancini see him first hand and train with some of the top players in the world." 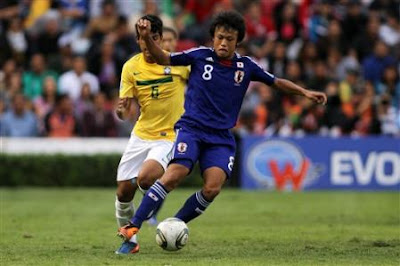 That is not to say that we are a shoe in for his signature, clearly whenever a youngster is available there is widespread interest and when there is perceived to be huge amounts of potential involved, this interest is multiplied many times, something confirmed by Ghotbi.

"There is interest in him, not just Man City but many clubs in Europe and he deserves it. He's a real fantastic talent…As far as I'm concerned, he's not for sale and we want him to be a part of S-Pulse for the next few years to come. There has been no offer, City just want to see him and we are doing the same with other players with other clubs."

You would imagine that even with interest from other parties, we must be towards the top of his list should an offer be formalised.  It would be hard to imagine the player wanting to move elsewhere after getting to know the City squad and coaching staff, clearly he may not enjoy his experience at Carrington, but if he does I would imagine we would become favourites for his signature. 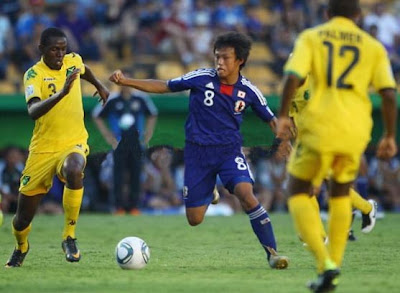 Nothing is concrete yet, but should the trial pass successfully it could be an interesting story to watch develop, it certainly fits into our ambition to recruit the best young talent in the game, and with the new additions of Begiristain and Sorrano it is an approach that I expect to see us stick with, after all it worked for them at Barcelona, so why can't it here?
Posted by Joe T at 06:18