A Story of Diet Pills and An Indecisive Striker....

There are two stories revolving around City today, firstly we have the six month 'ban' handed down to Kolo Toure, and secondly we go over the future of Carlos Tevez...again! 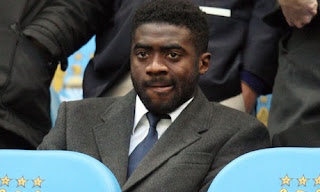 Toure was, as we all know, provisionally suspended from football in March for failing a drugs test.  At the time it was pretty clear that there was something strange about the whole situation, if you were going to go through the City squad and pick out players likely to fail a drug test, I think Kolo Toure would be a long way down that list.  I suppose we will never know why he felt the need to take diet pills, we are hardly talking Neville Southall or Wayne Rooney here, but for whatever reason he did.

I can't really defend the centre back, surely a professional sportsman would consult his employers medical staff before taking any substance whether the product claimed to be natural or not, but that is now in the past.  The length of ban to me seems entirely fair, especially with it being backdated, however that has not stopped many fans of that other Manchester team harping on about Plug Ferdinand. 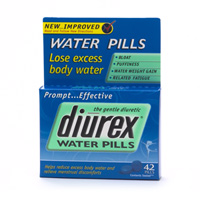 The difference is huge, Ferdinand failed to attend a drug test, where as Toure mistakenly took a water tablet.  There is much conjecture about why Ferdinand missed his drug test, and whether it was a conscious decision or not but to me it seems to be a bigger crime to miss a test as opposed to simply testing positive for a totally legal substance which is in no way performance enhancing.  To me the more important comparison is with QPR goalkeeper Paddy Kenny, who received a nine month ban for taking an over the counter cough remedy...

The other interesting thing about this story is how bothered are we really?  Joleon Lescott has been a revelation in the second half of the season and he has formed a really good partnership with Vincent Kompany, I am hoping that when Toure does return he doesn't walk straight back into the first team. 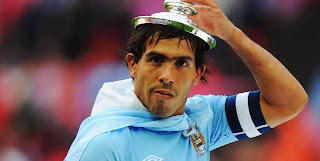 In other City news, Carlos Tevez has maybe, supposedly, possibly rejected a move to Juventus.  There is really nothing else to the story, but that hasn't stopped the Daily Mail claim that this means he will almost certainly be playing at Eastlands next season.  Normally the Mail love to knock City and they generally publish any old tosh about players leaving so it is somewhat refreshing for them now to be suggesting that a player might stay.

The report suggests that Tevez was offered a huge £20million a year, they reckon that the relationship between the Argentine and the clubs Abu Dhabi based owners have encouraged him to stay.  Now, maybe I am sceptical, but firstly I don't believe that this is the end of the rumours about Tevez leaving, and sadly I don't believe that if he does stay, it will be down to anything related to his feelings for City.  The bottom line is that we paid near on £40million for the striker and there is no club other than Madrid or Chelsea that would be able to pay that sort of money, so why should we sell?

For the good of the football club, obviously I hope that the player remains but I can't help but feel there are more twists and turns in this story, so lets not assume its all over yet....
Posted by Joe T at 06:31