Forget Sanchez, We Should Get This Guy Before Someone Else Does... 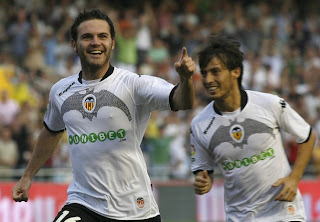 As many of you may have noticed over the past couple of months I have grown pretty sick of the whole Alexis Sanchez saga, and as that continues to move at the pace of glacier I can't help but feel that we are missing a trick.
I think a lot of my indifference is down to the fact that I think there is a far better option out there who I think would be far more open to a move to England and Manchester City in particular, that man is World Cup winner Juan Mata.


Many of you will already be totally aware of the 23 year old who has lit up this Summers Under 21 European Championships.  The young Spaniard came through the ranks at Real Madrid and was part of their 'B' squad, but he never managed to move on to the first team, their loss was Valencia's gain where he has gone on to prove himself to be a fine prospect and a real asset.  I think he could offer us a huge amount and potentially be better suited to the Premier League than Sanchez. 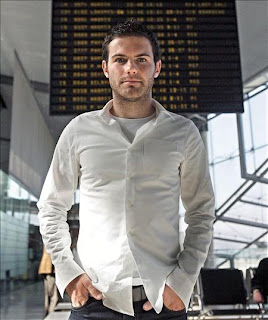 He is very quick, can go round a man, has good delivery and also is a very accomplished finisher.   At 23, he is somewhat of a rising star in Spain and although there are issues with his strength David Silva has proved that you don’t have to built like a brick outhouse to survive.

Playing Mata left, Johnson right, with Silva through the middle behind Tevez or Dzeko I think we would carry a real threat.  There is a buyout clause in the players contract at £40million, but with the Spanish club struggling financially it has been suggested he could be secured for closer to £30million.  With a good salary on offer and his friend Silva also at the club I think he could be very tempted.
To me it is somewhat of a no brainer, it would be cheaper and easier than bringing in a player, who lets be honest, appears to have no interest in playing for this club.  The tabloids today carry stories about interest from Liverpool and particularly Arsenal, claiming Wenger is ready to put together a bid of around £18million which, when compared to the ridiculous figures we are supposedly offering for Sanchez, seems a real bargain. 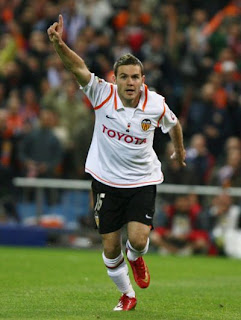 Clearly in reality it will cost more than £18million to secure the player, but it would still come in cheaper than Sanchez and I cannot reiterate enough how much better I believe Mata to be.  His relationship with David Silva also cannot be underestimated they played together for Valencia and were understood to have a good friendship, whether he can convince his former team mate that Eastlands is the place to be remains to be seen, but it is certainly an avenue to pursue.
Obviously I don't mean to sound alarmist, there is still plenty of time before the season starts, but I am getting a little concerned about the lack of transfer news at City.  I can't help but think that currently we have all of our eggs in one basket in Sanchez and that we could risk missing out on potential other signings in the process...
Posted by Joe T at 08:56