The Nextgen Series – Essential for player development or just a kick in the teeth to the lower leagues?

It is fair to say that reserve team football is hardly glamorous.  As a City fan, I have watched numerous reserve outings, (I refuse to refer to them as the Elite Development Squad as the club would like me to) and to be quite honest it tends to be an underwhelming experience.  For every young prodigy trying to make his way in the game, there is a washed up has been not deemed good enough for first team action.
Academy level football is more interesting, but it still suffers through a lack of genuine structure and competition, the youth FA Cup final often draws some attention, but the league games barely garner any coverage.  That is where the ‘Nextgen Series’ comes in, aside from being a pretty dire name for a football tournament, it is a pretty interesting concept that has recently been announced.
Essentially the idea is remarkably simple, some of the biggest teams in Europe (and some tiny ones as well) field an under 19 team that competes across the season, starting with groups and then continuing to a knock out phase until the ultimate winner is decided, basically an Under 19’s Champions League. 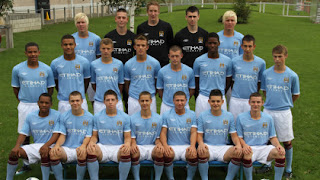 The concept sounds fantastic, youngsters will be playing much more meaningful football and this will obviously help their development, but that doesn’t mean there aren’t a fair few issues.  Firstly, the list of competing clubs is not particularly extensive, 16 teams will initially be split into 4 groups, the clubs competing are: Barcelona, Inter Milan, Liverpool, Manchester City, Tottenham, Aston Villa, Marseille, Sporting Lisbon, Wolfsburg, Molde, PSV, Celtic, FC Basel, Fenerbache and Rosenborg.  The glamour teams jump out at you, but then you notice some big hitters missing from the list, what of United, Chelsea and Madrid for example?
I would have thought teams of that size will have been offered a place, and for whatever reason they turned it down.  I still think that there are enough big names to make the tournament work, but imagine hosting a World Cup without Argentina, Spain and Italy?  I suppose the realistic explanation is that these clubs are standing on the edge, and judging the success of the tournament before they commit to such a big undertaking. 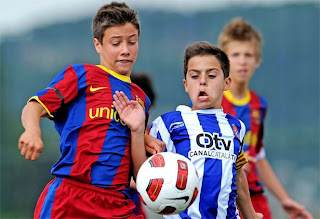 What of the bigger footballing picture however?  As a City supporter who grew up with Stockport County as a second team, I have always been interested in the lower leagues, and I think it is there that this new tournament could do the most damage.  The lower league argument works on two fronts, if this competition works, big clubs will be ripping players out of League 2, not to turn out for their first team, but to play in a potentially glorified under age friendly tournament.  I suppose it could be said that the number of players making that jump is tiny as it is, so this affect might not be too large, but what of the loan market?
Stockport County this season had a really tough time, and their one bright spark was Everton teenager, James Wallace.  The 19 year joined the Cheshire club in February and was fantastic, he got kicked about, and got some rough treatment but his class was there for all to see.  Now if Everton were in this tournament, would the youngster have been allowed to cut his teeth in the lower leagues and help out a club feeding off financial scraps?  Of course he wouldn’t, he would be saved for a ‘glamour Nextgen tie’ with Rosenborg.
Small clubs rely on the loan market, and if those opportunities were curbed with this new tournament I can see small teams once again being hit hard.  The cynical part of me sees this as a bit of a money making exercise for bigger clubs predominantly, and a kick in the teeth to those less fortunate. 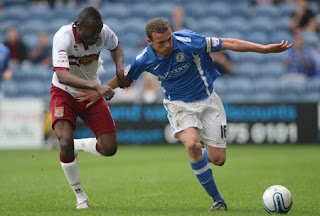 In all honesty though, I have to admit to having mixed emotions, even with my reservations, how would I feel if City had opted out?  I think I would have been disappointed, it may be sponsored by 101 different companies, but if it helps players develop it is certainly a good thing and should be praised as a fan of a competing team.
The effect on the lower leagues obviously can’t be measured at this point and much of my argument is hypothetical, but my Oldham support flat mate can’t see any benefit for those at the bottom, he only sees damage….
Posted by Joe T at 09:09