Regular readers will notice that I never did a summation of my thoughts on the Dynamo Dresden game, so here they are now: 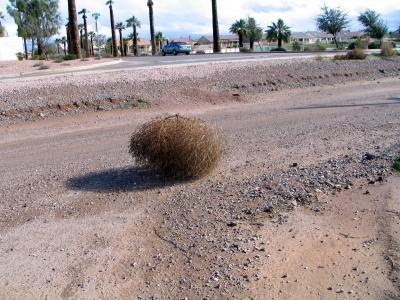 Right, onto Besiktas.  It is pretty reasonable to say that our 3 games in Austria have hardly set the world alight, in fact quite the opposite, the only thing they have really been suitable for was curing insomnia.  As each game as passed however, City have started to look a bit more with it, there is still a clear element of ring rust, but things are improving from a technical point of view.  Fitness wise there has been an improvement as well, during the first game no player was on the pitch more than about 45 minutes where as now we are seeing players gets over an hour on the clock, and in some cases whole games.  The initial 11 that began against the Turkish giants was: 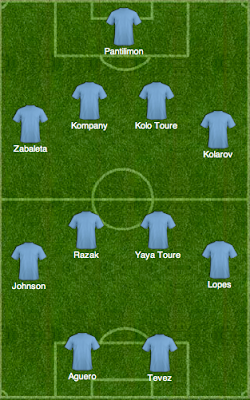 The first half was definitely at a slightly higher tempo than previous games, but it was still a half that we didn't really come close to dominating, in fact Besiktas had the better of the it and caused us some real problems.  It is never nice to say it, but as each game passes it is becoming more obvious to me that Kolo Toure is not the player that he once was.  He was again full of willing and energy, but he doesn't seem to have the mobility that a player needs if he wants to perform at the top end of the game, he was troubled repeatedly and if it weren't for Kompany and a particularly brilliant double save by Pantilimon, City would have conceded a couple of goals.  That brings me onto our 2nd keeper who played the whole game, and for the first team in a while I am starting to think that maybe we do have an adequate cover for Joe Hart, his double save was superb, and even though it could be argued the strikes weren't the best, it was still impressive reactions for a tall man.  Granted at times he still looks a bit weak on crosses (surprising for a man with that frame), but there are definitely signs of improvement and he looks a decent backup to me. 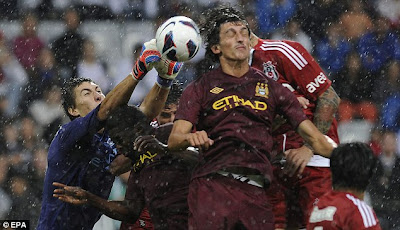 Some passes are still going astray, and at times the first touch of some players was questionable, but that is to be expected after the break, and a problem that will no doubt be eradicated over the coming month.  Adam Johnson, after recovering from illness that kept him out of the Dresden game, was sharp and worked hard both going forwards and backwards.  Abdul Razak once again demonstrated what immense potential he possesses, he still has a knack of over complicating things at times, and he tried to ping a few 40 yard passes that didn't come off, but at other times he was neat and tidy and a good presence in the midfield.  One particular thing of note was that Yaya Toure was constantly talking to the youngster, and encouraging him and clearly passing on advice, that sort of thing is always good to see.

Lopes the youngest player on the pitch was given another 45 minute run out, and to be fair, the occasion still seemed a little too big for him.  That is not a criticism, the kid has barely played at reserve and youth level, so to suddenly be thrusted into the first team picture will obviously be a massive step.  This exposure though will only be of assistance moving forwards, playing with the likes of Aguero and Tevez will clearly help his game, and hopefully we will see more of him throughout preseason and playing for the EDS this coming season in the nextgen tournament. 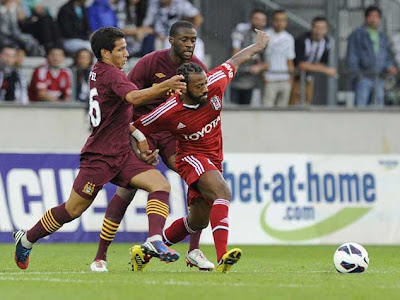 The first half goal came from the weaker left foot of Sergio Aguero, a drilled Tevez pass was cleverly dummied by Razak, allowing it to run to Aguero who calmly and cooly slotted it into the back of the net.  As I say, it was really against the run of play, and came not long after the Pantilimon double save heroics, but it was a nice move and showed that key players are starting to get back to what we know they are capable of.

The second half kicked off with only one change, Vladimir Weiss with a point to prove replacing the ineffective Lopes.  Weiss is a player that really divides opinion amongst City fans, there are some that think he should definitely be involved, and there are more sceptical people who think that he is a bit of a one trick pony, I firmly fit in the second category.  I admit that over the course of the 3 friendlies, he has been one of our better players, but I just see him as a second rate Adam Johnson.  When AJ first arrived, we were blinded to the inadequacies in his game because of his tricky feet, and I think it is the same with Weiss.  He is by no means a bad players, but I genuinely don't believe he has what it takes to be a decent player at a team with title aspirations.  He was lively again, and worked hard, but I am still not sold. 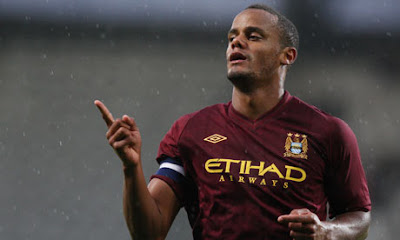 The second half was overall similar to the first, Besiktas were perhaps the better team again, but it was City that increased their lead.  Just before the hour mark, Adam Johnson played a truly superb through ball that split the defence and found the forward run of a marauding Vincent Kompany who beautifully chipped the ball over the onrushing goalkeeper, it was a brilliant goal and if it had been scored in the Premier League we'd be seeing it for years to come.

That goal signalled whole sale changes, and to be honest that killed the game.  They didn't occur in one go, but between then and the final whistle Savic, Rekik, Boyata, Helan, Mancini, Evans, Jelavic and Scapuzzi were all introduced.  Of the substitutes it was Karim Rekik that again stole the show; this youngster looks absolute class and for me he has to be involved this season, I said it after the Al-Hilal game and I say it again now, he looks twice the player Savic is and yet hes much much younger.  The 'Scapuzzi Experiment' continued and still mystifies me, I hate to criticise a young player, but I just don't know what Mancini sees in this kid, he barely touched the ball and didn't really contribute anything in the 25 minutes he was on the field. 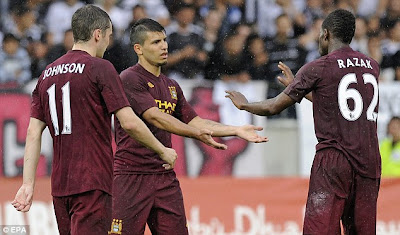 The only other event in the second half worth noting was an altercation between both teams towards the end of the game.  Youngster George Evans committed, what was to be fair a pretty woeful challenge/lunge on former Everton man Manuel Fernandes, the Portuguese man jumped to his feet and initiated an altercation with the City academy player that in a competitive game would have resulted in him seeing red (although the initial challenge would almost certainly have resulted in dismissal as well).  It was Aleks Kolarov that jumped in to defend his young team mate, and although we don't like to see these incidents in the game, it was good to see a senior player defending one of his young team mates, further goes to demonstrate the idiocy of people that claim there is no team spirit within the City camp.

For me it was Adam Johnson and Abdul Razak that deserve the most credit.  The Englishman was not at his scintillating best, but he got a superb assist for the 2nd and really worked hard to impress his manager.  Razak as I said earlier was at his best when he was keeping it simple, it is wrong to compare him to the imperious Yaya Toure at such a young age, but he has great potential, and if he is willing to listen to those trying to help him, he could go along way in the game. 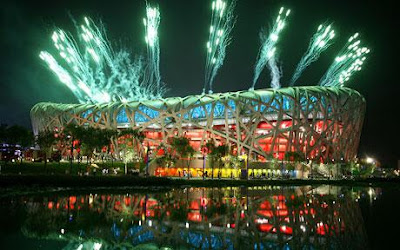 With that our preseason in Austria comes to an end, next stop China, the Birds Nest Stadium and possibly a couple of new signings, exciting times.
Posted by Joe T at 05:05