Are We Getting A Genuine 3 Horse Race? 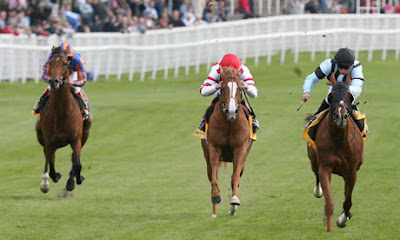 Do you remember when we were ruining football?  We were the scourge of the Premier League, lambasted by the media in all corners for our 'immoral' and 'disgusting' spending, well we aren't alone any more, because Roman Abramovich has opened his cheque book again, and this time not just to pay off another manager.  In fact if they finalise the 2 deals they are currently working on, they will have spent more than us in the last 2 years, who'd have thought it?!


Of course spending at Chelsea never really stopped like the media would have you believe, they did however curb their spending somewhat, and at the same time we were spending £18M on Roque Santa Cruz and paying Wayne Bridge £100k a week!  The main result of the 'reduced' spending at Stamford Bridge was their first finish outside of the top 4 for 9 years.  In a very strange twist of fate however there lowest finish since 2002 coincided with them winning the one prize they have missed out on, and the one prize they have wanted more than any other, the Champions League. 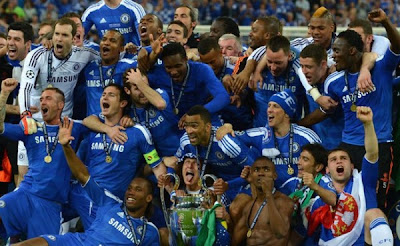 Had Abramovich and his merry men slipped up in Munich the club would have been in real trouble, sustaining their wage bill without the income from the Champions League this coming season would have been close to impossible.  On top of that, they would have found it frustratingly difficult to recruit new players, as we found in our initial wave of spending immediately after Sheikh Mansour took control.  Attracting top players without the promise of Champions League football is incredibly difficult.


Things didn't quite pan out that way, and even though I should have been supporting Chelsea that night against Bayern, I hold my hands up and admit that if they had lost I wouldn't have been overly upset.  Not because of any particular dislike for the London club, but just because it was apparent that should they win and gain Champions League entry through the back door, it would mean another team for us to compete with in the transfer market.  The landscape of football in England wouldn't have been massively different, but it would have taken Chelsea a few years to get back to where they were, where as now, with this increased spending they are demonstrating you have to admit they should be right back in the title race next season. 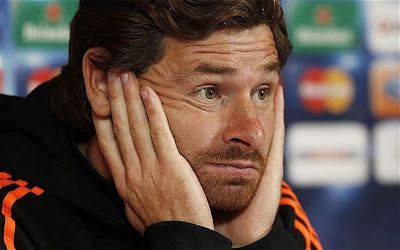 It is hard to put a finger on exactly what was wrong with them domestically this season, I suppose the simplest explanation is that AVB was brought in to revolutionise the Chelsea set up and was not given the time to do so, and by side lining experience and promoting youth he got the club into a really dire situation.  Then latterly when Lampard, Drogba and Terry were reinstated caretaker manager Roberto Di Matteo did not try to battle on 2 fronts, he put all his eggs in the Champions League basket, resting important players in league games to ensure they were fresh for their European adventure and in the end you simply can't fault the approach, it worked.


Now as we look to next season, their success is impacting on City already.  It may not be set in stone yet, but it appears a near certainty that the paperwork and necessary medicals will soon be completed to confirm Belgian Eden Hazard as a Chelsea player; before their showdown with Munich it appeared City were hot favourites to land the 21 year old with competition from Manchester United.  However, as soon as the London club ensured their place amongst Europe's elite, the landscape changed, they were willing to pay the exorbitant agent fee's that we were rightly haggling over and they could offer the player all he wanted, so we missed out. 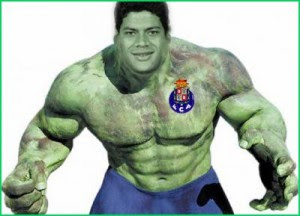 If the transfer rumour mill is to be believed they are also close to landing Porto forward Hulk in a deal worth £38M on top of the £32M they paid for Hazard, and the spending doesn't stop there, they are looking at making a move for Ajax right back Gregory van der Wiel, a deal that would cost around £9M to pull off.  Let's not forget before last season ended they agreed a fee of £7M to sign Marko Marin from Werder Bremin, reigned in spending this is not.


Clearly as Manchester City supporters, we cannot criticise their outlay but we can see how it could affect us going forward, should all their transfers come off, their starting 11 next season could look a little something like this: 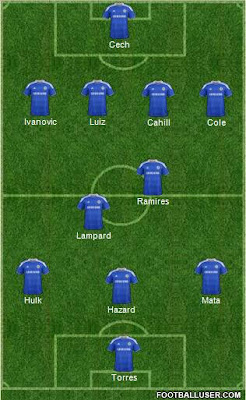 Then with players like van der Wiel, Marin, Terry, Sturridge, Malouda, Mikel, Essien, Meireles, Lukaku on the bench it becomes clear that they have a squad not just a team, and an incredible strong and dangerous squad at that.

Obviously we can compete, our front 4 is still better I would argue, our defense is superior and i'd much rather have Yaya Toure and Gareth Barry (or even Javi Martinez) over Ramires and Lampard but the gap will clearly have closed.  It seems to be expected that Ferguson will spend this Summer to keep Manchester United there or there abouts, but on the evidence of this season, even if he didn't spend he'd still get his perhaps average team performing at a much higher level than many would expect. 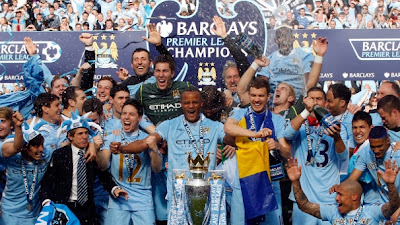 Clearly the losers in all of this are either Spurs or Arsenal, if RVP does depart North London (maybe for a move to the blue side of Manchester) they could be in a little bit of trouble, and a top 4 of City, Chelsea, Spurs and United would have a fresh look to it.  This potential challenge from London though is something that I am pleased with, when City first got the investment I said it was good because it would stop the league from stagnating, there was an extra team to compete, and as much as i'd love City to win the league every year (something I wouldn't put past us), 3 teams slugging it out for the title could be a great thing, even better if it were 4, but lets not get ahead of ourselves!

The approach Chelsea are taking is clearly not a patient one, it is worth remembering they are still manager-less, and a bad decision there could derail them even with their potentially much improved pool of players, but if they get that choice right, and if they do manage to finalise these deals they will be a real force to be reckoned with, I say bring it on!
Posted by Joe T at 04:27