The Ones That Got Away 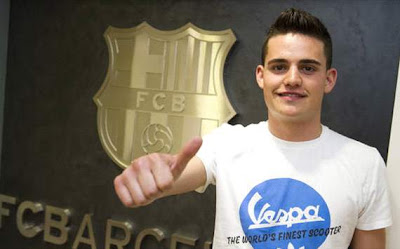 It was announced this week that young Spaniard Joan Angel Roman had left the club to make the switch to Barcelona B after he turned down a new contract with City.  The midfielder had been with us for three years, but in that team the 19 year old failed to make a first team appearance despite being named as a substitute a couple of times.

The youngster showed respect and thanks for what City had given him during his time in England (the exact opposite of when Frederic Veselli crossed Manchester to join United), he tweeted the following in the aftermath of his decision to leave:


“It hasn’t been an easy decision to leave. Manchester City is where I’ve spent three wonderful years but all in all Barca is the best option to continue my career right now. “I would like to give a special mention to all City fans for the support you have given me which will always stay with me. Thank you all.".

I suppose when any young Spaniard is offered a move to Barcelona, albeit their reserve team, it is incredibly hard to turn down, but I believe there may be another issue involved in this move, and that is quite simply a lack of first team opportunities.  Roman never had the chance to demonstrate what he could do at the top level, and going forward that could be a bit of a problem. 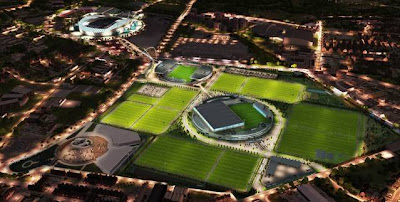 The club have made no attempts to undersell the new training and academy complex, and why should they, the plans are fantastic and exactly what we should be doing.  It is somewhat of a myth that Barcelona only produce their own talent, clearly at times they do splash the cash, but the undeniable fact is that they do give youth a chance, even when there are doubts over the players quality.  Numerous youngsters have been given a good crack of the whip to show whether they can cut it or not, and i'm not talking 5 minutes at the end of a cup game, they are given starts in important games to prove their worth.

As I see it there is absolutely no point in creating the facilities to develop these young players if there is no link into the first team.  There has to be a clear passage into the side, otherwise the academy could become a huge white elephant.  The club is set up in such a way that young players progress well, from the junior levels right up to the reserves or the 'Elite Development Squad' as the club would prefer it to be called, but when players get to that stage they need to continue, not left to stagnate until their contract expires and they make the inevitable move. 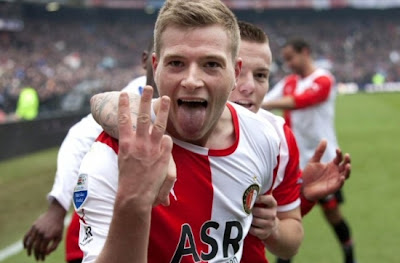 We have a few players stuck in that limbo that we risk losing.  Roman could be the first of a few to grow disillusioned with their lack of chance to prove themselves.  The other player whom we need to sort out is John Guidetti, on the back of his exceptional form in the Eredivisie last season he will understandably not be content with a place in the reserves.

Most sources seem to suggest that he will be sold, but what if we were to keep him, what if we were to give him a chance ourselves?  I think it is pretty clear that we are looking to move on 1 or maybe even 2 strikers this Summer, likely candidates being Dzeko and Tevez.  In that situation, I am sure a big name would arrive to supplement Balotelli and Aguero, but I see no reason why we couldn't give the Swede a chance as the 4th choice forward. 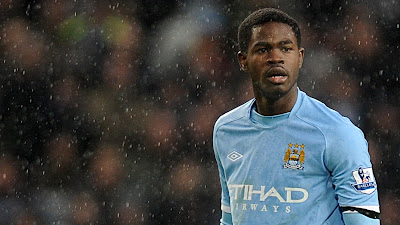 There are others as well, Abdul Razak has always impressed when given run outs in the first team, and he spent a successful loan spell with Brighton last season, we talk of a long term replacement for Yaya Toure, this kid could be the person to do it, but we have to give him the chance to develop.  17 year old Denis Suarez has been knocking on the first team door for a while as well, likened to David Silva, the youngster was courted by Barcelona but instead chose to move to City, but without this link to the first team he too may feel the need to move on to develop his career.

As time passes this situation could arise time and time again, and I really think it is something that we need to address.  I am not suggesting that we fill our team with teenagers, but there needs to be opportunities for these players to show what they can do.  There are clear financial factors at play as well, the more players of high quality that we can create ourselves, the less money we have to spend.  Financial Fair Play is designed to encourage this sort of player development, we are going to have all the tools at our disposal to do it, but we just have to use them.

We may be building the best youth academy and training complex in the world, but if we can't get these players into the team it serves very little purpose and could be doomed to failure.
Posted by Joe T at 04:12