It feels like no time has past at all since the last trip to the Reebok, many things have changed but the good feelings experienced by all City fans at the end of that game remain, things were looking good then, and they are looking even better now.

Circumstances are different in some ways however, what was a last day of the season battle, is now a start of the season race, after a good performance on Monday night where we really laid a marker down against Swansea, the game on Sunday will be a great opportunity to show that we can perform against better teams as well and prove that the performance on Monday night was not just a flash in the pan.

The game is in fact between the top 2 teams in the league after both opened their campaigns with 4-0 demolitions of newly promoted teams, it is therefore likely that confidence will be high in both camps.  This is really the sort of game that we should be winning if we have realistic expectations of winning the league or pushing Manchester United close.  In previous years we may have thought about taking a point, but this time around it is a game we should be winning, but it definitely wont be easy.

Kevin Davies will as always be a threat, but that is the sort of challenge that Joleon Lescott enjoys, he has no problem with a physical battle and hopefully he can match the hard working Bolton striker.  Our creativity and skills in midfield will be matched with the hard working efficiency of Nigel Reo-Coker and Fabrice Muamba, and I can't help but feel that is where the game will be won and lost. 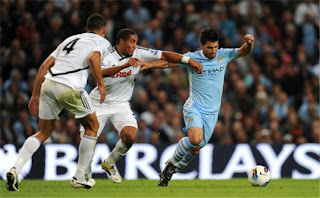 
Clearly it is difficult to judge both clubs form, we are only one game into the season.  Both sides won convincingly in their first games, but as previously noted for both teams this was against slightly less impressive opposition.  Looking to the end of last year, City were winning in style notching up 4 straight wins, including that victory at Wembley, things were gelling and hopefully we will start this season as we ended last.

Bolton on the other hand will be hoping for a change of fortunes, after a strong season they faltered towards the end.  They lost 5 games consecutively at the end of the campaign including 2 at home to both Sunderland and that defeat to City.  Clearly a lot of this can probably be attributed to the fact they had nothing to play for, but it could still be argued that if City score early it could weigh heavy on the Bolton players. 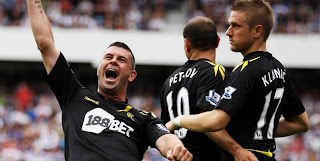 
Currently we are undefeated in 5 games with the Trotters, taking in 4 wins and 1 draw.  At the Reebok however things are less spectacular, victory in May was the first in 6 attempts, drawing 2, and losing 3 of the previous meetings.  City and Bolton provided the majority of goals on the opening weekend, weighing in with 8 of the 18.


Bolton have had a torrid time in preseaon with injuries losing key midfielder Chung Yong Lee and former City fullback Tyrone Mears both to broken legs as well as Stuart Holden who also suffered a leg break towards the end of last season.  They will put Ricardo Gardner through a fitness test to see whether he has recovered from a groin problem prior to the game as well. 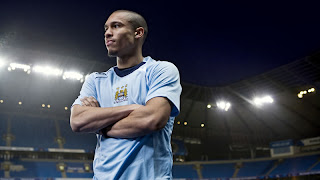 City will possibly give a debut to Aguero after his heroics on Monday night and there is a possibility that Carlos Tevez could make the bench.  There are doubts over Nigel De Jong who was substituted against Swansea with a minor foot injury and whether he is fit enough to play will be decided nearer the time.

Who Could Hurt Us? 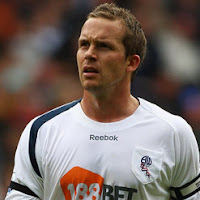 Kevin Davies: At 34, the former Southampton striker is still causing problems for defences.  His work rate is second to none, and his aerial ability is pretty impressive.  He has become the heartbeat of the Bolton side and even though he is never a prolific goalscorer for them, he is still at the heart of many of the good things they do.  He didn't net last time out for example, but he was still central to their good pieces of play.  He will no doubt give the defense a real battle and if we are to win on Sunday they need to deal with the threat presented by the Trotters captain.  It is players like Davies that make me thankful that we are without Toure and can use Lescott to combat the power of certain forwards.

Who Could Hurt Them? 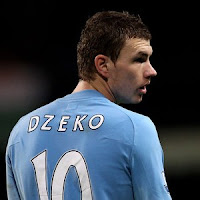 Edin Dzeko: The Bosnian striker was a bit of a revelation against Swansea on Monday night and if he can produce more of the same it will be a massive boost for the side.  Not only did he score, but his hold up play was much improved, and his first touch also looked a lot better.  I expect City will play him upfront alone as is the formation preferred by Roberto Mancini and his ability to hold up the ball and bring Silva, Toure, Johnson and or Aguero into play is vital.  He scored at the Reebok in the victory last season and that coupled with his goal on Monday will no doubt have boosted his confidence.  I fancy Dzeko to score again, and if he is on form I think he'll cause huge problems for the Wanderers defence.


I have a feeling City will triumph on Sunday, and I think the most likely scoreline will be a 1-0 victory with Dzeko scoring the all important goal.  I think Lescott and Kompany will be able to deal with Davies, but we certainly won't have it all our own way, as with any game against Bolton, it will be a tough battle but I think we will come through and take the 3 points.
Posted by Joe T at 07:05